Pathology is the new normal (EN) 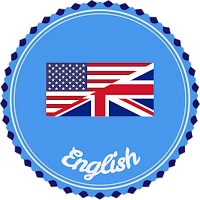 History shows that cultures and civilizations can disappear. Some through natural disasters, others through moral decay or other forms of suicide. In any case, it is accompanied by loss of cultural identity. The Western Civilisation is currently in the process of committing suicide. In a school in Batley (UK) a teacher was suspended last month for showing a Mohammed cartoon in his class. At the same time southwards in the compositions of Beethoven and Mozart were removed from music lectures because "their notation is colonialist" and "this white European music dates from the time of slavery and can cause distress to students of color." I would love to have made this up myself - I do like absurdist scenes - but alas, this is reality. That's what makes it really absurd. The parents of the Islamic children did not think that was enough and accused the school administration of "Islamophobia" and demanded that limits be placed on freedom of speech. Naturally, the school administration exhausted itself in humble apologies.

I then keep wondering: do they really mean they need to apologise (sorry we promoted freedom of speech), or are they just afraid of reprisals. Because, well you know how it ended with Samuel Paty. Some leftist media even dared to claim that this Samuel Paty had brought that upon himself.

In our country it is not much better. A new Dutch translation of Dante's masterpiece, The Divine Comedy, was recently published. Dante makes a journey through heaven, hell and purgatory. And who do we meet in hell according to Dante: a few popes and the prophet Mohammed.  Oh dear, thought the publisher, that might be offensive to Muslims. Why not for Catholics, is entirely unclear. That stupid Dante - even the translator must have thought - has once again failed to take into account the woke culture of 2021. Perhaps we should also clear Dante's tomb in right now. But isn't it the job of a translator to translate what is written? Or is censoring also part of his job?

We have learned nothing from the murder of Pim Fortuyn in 2002 and Theo van Gogh in 2004 (both killer by radical muslims). Then the discussion about freedom of speech erupted. Shortly before that Marcel van Dam had called Fortuyn an "extremely inferior human being". Van Dam made it clear that Fortuyn’s opinion on Islam was to be ventilated. I still remember the crocodile tears of Van Dam and his left wing companions when Fortuyn was murdered and initially it was not even allowed to mention the name of the assassin (Mohammed Buyeri). I resolved then never again to cast my vote for the company of B-actors who call themselves representatives of the people. (I am happy to make an exception at this point for Pieter Omtzigt. It is significant that he is found "troublesome" even by his own party).

And so the culture of the West is slowly but surely being lost. Generally speaking, there is no violence involved. Little remains of the Christian ideas on which our culture was built. Secularized Europe - with, of course, the proudly in the lead - has no footing, faith or backbone left. We have voluntarily renounced it. We have hoisted the white flag ourselves. We have surrendered ourselves. It is not a hostile takeover; it is simply suicide. We give in to hyper-sensitive activists, mainstream media, and politicians who are afraid of not being called woke. Therefore, we (bishops not excepted) succumb to every whim of the LGBTQt/mZ front.

With a pathological drive, any dissent must and will have to give way. Now pathology is a normal occurrence, but it becomes a problem when it is no longer seen as a disorder. Meanwhile, coercion increases. Anyone who is not politically correct is excluded (cancelled) or called out as a "racist" or preferably a "nazi”. Freedom of expression is indeed under pressure. People no longer argue. People no longer refute with counterarguments, but with hatred. One is immediately brought before the Tribunal and condemned without a rebuttal. Those who advocate this call themselves 'woke'. 'Woke' is the tyranny of the 'victims' who sell their aggression as selfdefense. The fact that politics and the media have gone along with this to a large extent makes it clear that our society has come to regard hysteria not as pathological behaviour, but as normal. Everything that isn't woke is immediately put down as right-wing extremist. Neurosis has become the new normal. We are not living in a post-modern age, but in an anti-modern age.

Even science is no longer itself. Even logic and science are dismissed as 'white concepts'. The woke ideologues believe that even science is part of an evil power structure of "privileged white people”. For example, biology is denied. Recently I was asked my opinion on gender dysphoria. I expressed my opinion that nature determines whether you are a boy or a girl. Of course there was no discussion, but a tirade of abuse: racist, homophobic, transphobic! When the shouting and swearing came to an end, I asked them what they thought of my celibate lifestyle. They thought it was unnatural. What!, I said, you think my way of life is unnatural! You are racists, nazi’s, reliphobes....!! 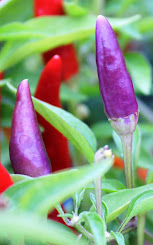